Catherine Boone is Professor of Comparative Politics at the London School of Economics and Political Science.  She is a political scientist interested in patterns conducted research on industrial, commercial, and land tenure policies in West Africa, where her work has been funded by the SSRC, Fulbright, the World Bank, and the Harvard Academy for International and Area Studies, and the ACLS, and the Long Chair in Democratic Studies at the University of Texas at Austin. 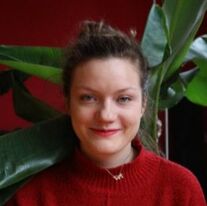 Eva Richter ​is an undergraduate student at the LSE studying International Relations. ​Before coming to the LSE, she worked at the Lesotho National Commission for UNESCO for a year, where she assisted with the implementation of UNESCO policies in the country. Since then, she has also worked for the German Foreign Office as an event coordinator for the Ambassadors Conference 2019. In her studies, she is interested in International Political Economy and Security Studies with a focus on Africa and the Middle East. As a research assistant to this project, she uses Stata and Python to prepare and compute electoral, demographic and health survey (DHS), and population data.

Jonathan Karl is a graduate student at the LSE studying Applied Social Data Science. He has a background in sustainable development which he studied at the University of Warwick. During his studies there he has worked on measures of multidimensional poverty, worked at the research institute World Data Lab estimating poverty structures using daylight satellite imagery and nightlight intensity data and led the international development society. As part of his graduate studies, he is exploring innovative methods of poverty measurement using Facebook API data in northern Africa. As a research assistant in this project, he uses Stata, Python and R to prepare, analyse and map electoral data.

Rebecca Simson ​is the David Richards Junior Research Fellow in Economic History at Wadham College, Oxford University. She holds a PhD in Economic History from the LSE and a bachelor's degree in History from Princeton University. Her current project explores social and economic processes of change in postcolonial Africa, with a focus on social mobility, social stratification and elite formation since independence. Her research interests include African economic history, inequality and social mobility, state development in Africa, public finance and aid. She worked on the SIAPE Project in 2018-2019.

Alexander Moradi is Professor in Economics at the Free University of Bozen-Bolzano, Italy. He is a specialist in employing historical data to analyze health, living standards, urban development and the effects of trade on local populations. He has published extensively, including in the American Economic Journal, The Economic Journal and Review of Economics and Statistics. For this project, he has been working with Juliette Crespin-Boucaud on researching the long-run effects of the 1960s land allocation programs as part of the Kenya Settlement Schemes project. 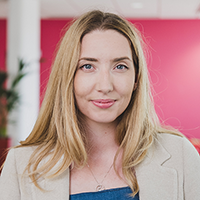 Shelly Wilkley has worked at LSE since 2011 in the Departments of Law and Government. She has served as the Department of Government's Undergraduate Programmes Manager, Deputy Department Manager (Education) and Department Manager. As Research Manager, beginning in 2018, she is responsible for managing the Department's research activities, governance and REF profile, including the project management of its 12 externally-funded research grants. Shelly has been providing project management support, including financial management, contract management, recruitment and employment advice/support, and international conference delivery, to the Spatial Inequalities and African Political Economies team since the project's launch in March 2018.